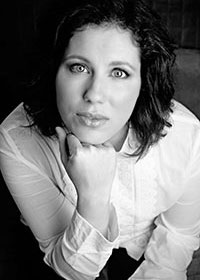 She performs frequently in opera, concert, and recital venues.  Her most recent operatic performances include the role of Maestra delle Novizie in Suor Angelica with Opera Birmingham and the role of Little Buttercup (cover) in H.M.S. Pinafore with the Natchez Festival of Music.  Among her operatic roles are: Dorabella in Così fan tutte, Principessa in Suor Angelica, Zita in Gianni Schicchi, Mother in Amahl and the Night Visitors, Nancy in Albert Herring, and Jenny in Die Dreigroschenoper.  Recent solo concert performances include: Bach’s Magnificat and Mozart’s Coronation Mass and Requiem with the Starkville Symphony Orchestra.  Dr. Fontaine is also a member of Colleagues in Concert, an ensemble consisting of voice quartet and piano duo, which has performed a variety of Liebeslieder Walzer by Brahms, P.D.Q Bach, and Zachary Wadsworth in recital at multiple locations in the Southeast.  Dr. Fontaine gives solo recitals annually and regularly participates in chamber music collaborations with colleagues both at MSU and other institutions.

Active in scholarly pursuits, Dr. Fontaine was awarded a grant from the Starkville Area Arts Council in 2016 for MSU Opera Workshop’s production of Ragtime.  Her article “He Sang, She Sang: The Gendered Song Cycle” appeared in the September/October 2013 issue of the NATS Journal of Singing.  Dr. Fontaine was also a contributing researcher to Dr. Carol Kimball’s two esteemed texts: Song: A Guide to Art Song Style and Literature and Art Song: Linking Poetry and Music.

As a teacher, Dr. Fontaine has experience in many areas of vocal study.  She has taught voice for over ten years.  Her students have placed in both the NATS and MMTA competitions.  Proficient in several languages, Dr. Fontaine teaches and coaches foreign language diction.  In past years, she has directed the MSU Opera Workshop and she currently teaches song literature and vocal pedagogy. Dr. Fontaine is studying the Russian language and is an avid performer of Russian repertoire.