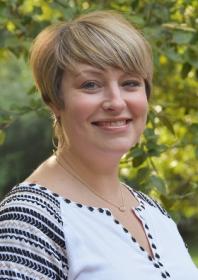 Anne Katherine Ragsdale, collaborative pianist and teacher, fell in love with the piano at a very early age. As a young child, she would pretend to play the piano on the church pew in front of her as she sang the hymns. She soon began picking tunes out by ear on the old family upright piano, prompting her parents to enroll her in lessons. She began her musical journey in the middle of second grade with two wonderful teachers, Betty King and Sandy Coutoumanos, who helped shape the early days of her musical development. It was at this time that a seed was planted in the accompanying aspect of her journey. She began playing for church services as well as choirs at both church and school. By the middle of high school, Mrs. Ragsdale began studying piano with Dr. Joel Harrison, a professor at Mississippi State University, who exposed her to many new opportunities. At the age of sixteen, she won the Mississippi Young Artist Competition, which allowed her to perform with the Mississippi Symphony Orchestra. Mrs. Ragsdale attended the Eastern Music Festival in Greensboro, North Carolina, the following summer. While at the festival, she was exposed to even more wonderful collaborative opportunities such as being a part of a piano trio, learning to coach other musicians and playing in the orchestra. It was at this point that her career path began to take shape.

Mrs. Ragsdale received a Bachelor of Music Education, with an emphasis in Piano Pedagogy, from Mississippi State University. While at MSU, she had ample opportunity to continue to hone her accompanying skills by playing for all of the choirs as well as student and faculty recitals. Another important aspect of her time at MSU was the privilege of studying piano pedagogy under Dr. Jackie Edwards, which greatly influenced the teacher she has become.

Upon finishing her undergraduate studies, Mrs. Ragsdale attended Florida State University, where she received a Master of Music in Performance in Collaborative Piano. While at FSU, she studied with Dr. Carolyn Bridger who stretched and inspired her even further. Since her collegiate days, Mrs. Ragsdale has worked for the Knoxville Opera Company and the University of Tennessee Opera Program as an accompanist and coach. Upon moving back to her home state of Mississippi, she became an assistant professor of piano at Belhaven University and performed collaboratively with violinist, Xie Song in the Jackson metro area. It was during her tenure at Belhaven that she and her husband, Lance, decided to start a family. She continued working in various churches as well as teaching.

In recent years, she has served as the choral director and accompanist at French Camp Academy. Mrs. Ragsdale had the privelege to play for MSU’s opera workshop production of Suor Angelica in 2019. She has come full circle in returning to Mississippi State University, her alma mater, which is very dear to her heart.