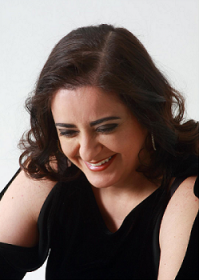 Dr. Rosângela Yazbec Sebba is Professor of Piano at Mississippi State University, where she coordinates the piano area for the Department of Music and the Community Music School. She teaches applied lessons, piano literature, theory, and ear training. Her college and pre-college students have received numerous awards and honors for their performances and presentations. In demand as a clinician and adjudicator, she regularly presents workshops and lecture-recitals on repertoire and pedagogy throughout the country, and she has served as a guest artist and clinician for different association in the US and abroad. She is in the process of organizing the first Study Abroad Program for MSU Department of Music, scheduled to start in the Summer of 2022.

Her performances include solo, chamber music, one piano four-hands, and two pianos four-hands repertoire. Her CD album Eight Sonatinas and the Sonata for Piano Solo by M. Camargo Guarnieri  was released in 2010 as the first and only recording of the works. The album has been featured at David Dubal’s classical piano programs: The Piano Matters at WWFM, Reflections from the Keyboard at WQXR, both New York City radio stations, and his lecture at the Cervantes Institute. As a committed proponent of contemporary music, in 2017 Dr. Sebba released a chamber music CD on the Centaur Label - Millennia Musicae, with works by Stravinsky, Bill Douglas, and the premier of a trio for piano, bassoon and clarinet and a quartet for piano, bassoon, clarinet and violin by Mississippian composer Shandy Phillips. Besides being the principal pianist of the Starkville/MSU Symphony Orchestra, she has been soloist with other orchestras in Brazil and in the United States with a wide repertoire from Mozart, Beethoven, to Camargo Guarnieri and Saint-Saens. Currently she is a reviewer for the American Music Teacher Magazine and has published arrangements of Brazilian music for different instruments.

Dr. Sebba is an active member of local and state music teacher organizations, currently serving as the Golden Triangle Music Forum Secretary, District Audition Chair and VP for Pre-College Evaluations for the Mississippi Music Teachers Association. She is a member of several national and international associations such as, Music Teachers National Association, College Music Society, CARAVELAS - Núcleo de Estudos da História da Música Luso-Brasileira, National Federation of Music Clubs, World Piano Teachers Association and National Association of College Wind and Percussion Instructors. She is currently in the Mississippi Arts Commission Artist Roster and was selected as a Fellow in 2015.

In 2013 Rosângela was recognized as a Steinway Artist - https://www.steinway.com/artists/rosangela-yazbec-sebba