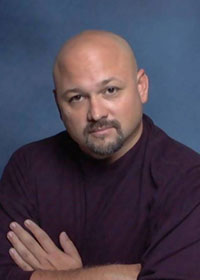 Dr. Tom Jenkins is currently a lecturer in the applied voice and piano areas at Mississippi State University. In addition, he serves as the Minister of Music at the First Baptist Church of Starkville, overseeing a large music program including choirs for all ages, orchestral and contemporary band groups, bell choirs and the weekly worship experiences for the church.

His teaching experience includes acting as Director of Choral Activities for California Baptist University and Instructor and Graduate Assistant at the University of Southern Mississippi. He has taught a variety of classes in conducting, theory, church music, musical theater, piano and voice as well as director of mixed, women's and men's choirs. As the Artistic-Director of the Riverside Master Chorale he enjoyed conducting major choral-orchestral works with various orchestras in the greater Los Angeles area such as the Mozart Requiem, Poulenc's Gloria and the contemporary piece by Michael Cox, Deo Gratias.