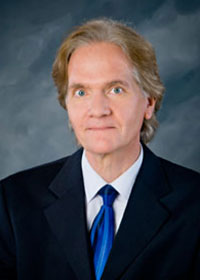 Dr. Sobaskie’s research concerns the music of Schubert, Chopin, and Fauré, and he has addressed audiences in Belgium, Canada, England, France, Greece, Ireland, the Netherlands, Poland, and Scotland, as well as across America. In 2017, he lectured before Schubert Festival concerts of the Los Angeles Philharmonic in Walt Disney Concert Hall.

A member of the Editorial Board of Nineteenth-Century Music Review, which is published by Cambridge University Press, Dr. Sobaskie served as the journal’s Book Reviews Editor and now is its CD/DVD Reviews Editor.  He also is a member of the Comité Scientifique of Œuvres Complètes de Gabriel Fauré, a monument published by Bärenreiter, and prepared its inaugural volume, a critical edition of Fauré’s last two works. In 2019, Dr. Sobaskie joined the Editorial Board of Music Theory Online, the refereed open-access electronic journal of the Society for Music Theory.

Dr. Sobaskie co-edited the research anthology, Drama in the Music of Franz Schubert, published in 2019 by Boydell & Brewer, contributing two chapters.  His own book, The Music of Gabriel Fauré: Style, Structure and the Art of Allusion, will be released by Routledge.