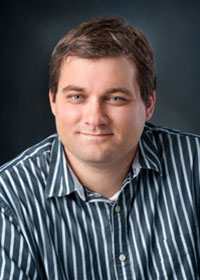 Music Building A, Room B

Dr. Ross’s scholarly work centers around, but is not limited to, 20th-century British music. He has presented at a variety of conferences, both in the United States and overseas. In addition to his book reviews in multiple outlets, he has research articles published (or accepted for publication) in the Journal of the Royal Musical Association, Fontes Artis Musicae, Acta Musicologica, the Ralph Vaughan Williams Society Journal, The Musical Times, Carl Nielsen Studies, and the American Music Research Center Journal, as well as essays due to appear in the forthcoming volumes: Vaughan Williams in Context and The Symphony in Britain and Ireland Since 1900 (both from Cambridge University Press). His reference book, Ralph Vaughan Williams: A Research and Information Guide, was published by Routledge in 2016. Dr. Ross is the operations manager of the Starkville-MSU Symphony Association, and he has also served as editor of the North American British Music Studies Association (NABMSA) reviews journal.